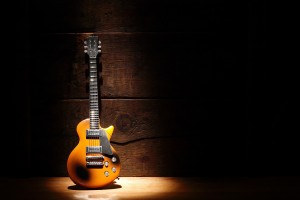 The following conversation is one my friend Marlon and I had before I started this blog. As a matter of fact, this conversation was the original inspiration for Unknown Legends. I had bought him a rare first pressing of Queen II for $30. I thought he’d love it but he groaned when he opened it.

Impatient, Marlon said, “I loved Queen when I was a kid, but all you hear on radio now are three of their songs, right? ‘We Will Rock You.’ ‘Another One Bites the Dust.’ And don’t even get me started on ‘Bohemian Rhapsody.’ The tragedy is that ‘Bohemian Rhapsody’ was so mind-blowing when it first came out. But now it makes you want to actually blow your head off. The sound of any Queen song on the radio now sounds like screaming babies and squeaky pencils and every annoying, ubiquitous sound you ever heard.”

He took a drink of his coffee. “Here’s a concept those of us born after 1980 can’t possibly understand with the music industry the way it is now. In ye olden days, when you heard a song on the radio that wasn’t a current release, which had been recorded and broadcast during your formative years, you’d hear it and it would take you back to that moment in time.” Marlon drew his fingertips together in a “kismet” gesture. “An experience, according to those who know, that is sweeter than almost any other.”

He was right. I couldn’t imagine it.

“But we’ll never experience that, except for the music we’ve discovered ourselves and haven’t overplayed. Nowadays you hear any song from the late sixties through the late eighties, and you want to punch a mailman, because you heard that exact same song three times yesterday. Music no longer marks points in history.”

“So you’re saying that only current music is relevant,” I said.

“Of course not,” he snapped. He held his mug before his face and gazed out the window again. “The real problem with classic rock is that it’s robbed us of our nostalgia. Our nostalgia has been stolen from us.”

That, my friends, is why classic rock must die.